Solve the riddle of The Phantom of the Opera in Microgaming’s new slot machine. Using the proposed multipliers, open expanding wilds and get all possible bonuses from this video slot that has been designed for people who like mysterious puzzles, dynamic and unexpected changes in the game. The Phantom of the Opera slot machine belongs to the category of historical games and is based on the story from the popular film, musical, and novel. 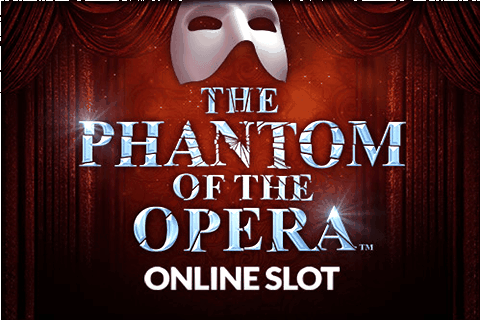 The famous musical is based on the novel written by Gaston Leroux. It was one of the most popular performances on Broadway for more than 20 years. His characters Christine Dae and the obsessed musician, became very famous and popular. Micrograming developers used the popularity of the musical, and therefore they created a game version of The Phantom of The Opera. The slot machine, first of all, became popular due to the clarity of the story. British players have a chance to experience the events of this famous performance.

Description of the game’s design

The video slot design shows the environment of the Opera, where the main events of the musical take place. By using 3D graphics, the artists have given the Opera’s device a mystical feel. The background is the cave of Phantom, where the angel of music protects Christina.

You see the candle’s drama on the reels, and here you also see the main characters. The main characters Carlotta, Christine Dae, Raul, Christine’s bridegroom, Buck, and the angel of music wearing a mask, are the main images in the video slot. In addition, there are also some thematic symbols: binoculars, notes, a bottle of perfume, and an Indian figure similar to a monkey. All images are perfectly drawn and detailed. Thanks to discreet animation, they come to life. The animation plays here a supporting role, and the entire game process is focused around the main musical story of The Phantom of the Opera.

Travel to the world of Opera appears on 5 reels in 243 different ways. Winning combinations are 3-5 identical pictures that are located next to neighboring cells. If multiple winning appears in one round, only the most important results are counted.

There are also some special characters that increase your chances of winning:

If the chandelier falls in row 2 or 3 during one round, then the rows become “wild,” increasing the gain several times. When three Ghost symbols appear simultaneously on the reels, the player can use 10 free spins with additional features, f.ex. 5 randomly selected wild symbols, 3 wheels with expanding wilds, and 2-5 free spins.

The slot machine attracts players thanks to its style and originality in terms of the design and the game process. The gameplay in this video slot is built in such a way that the British player can not only win during the main rounds but also with the help of the bonus features. Every British player must also realize that both courage and perseverance are needed to conquer The Phantom of the Opera.